I noticed in passing that Bill Nye The Science Guy received some criticism for taking part in this debate and by that, to some, acknowledging Creationism as a worthy alternative to Evolution in mainstream science. I do however think this debate proves that we need guys like Nye and debates like this one to show Creationism for what it is.

Creationism, as presented by Ken Ham of Answers In Genesis, is heavily introvert, relies on circular logic, everything within it hangs on the existence and actions of God (which is only the first reason why I as an atheist take issue with it), and Ham evades almost every crucial question by repeating “there is already a book out there which explains all that”.

Though Ken Ham repeatedly declares that he is a scientist, and that he is fascinated by science, under his Creationism, science becomes stagnant, living by the rule that all the answers have already been found, that the goal of science is to confirm what is already written in the Bible (or twist the understanding of new finds in such a manner that they conform with existing Biblical context), and that those questions which we feel are unanswered merely seem so because as humans we do not have the capacity to understand the mind of God.

Mainstream science, on the other hand, is extrovert, seeking new answers to questions old and new, and is not only able to but eager to learn from new discoveries and new ideas, and by that change and evolve as our understanding and our methods improve. This is living, growing science, and compared to Creationism it is the only one of the two that will propel us forwards into the future, rather than leave us reverting back into the intellectual equivalent of the Dark Middle Ages.

Matt Stopera from Buzzfeed asked 22 self-identifying creationists at the Bill Nye/Ken Ham debate to write a message/question/note to the other side. Click the image for the full article with all 22 photos. 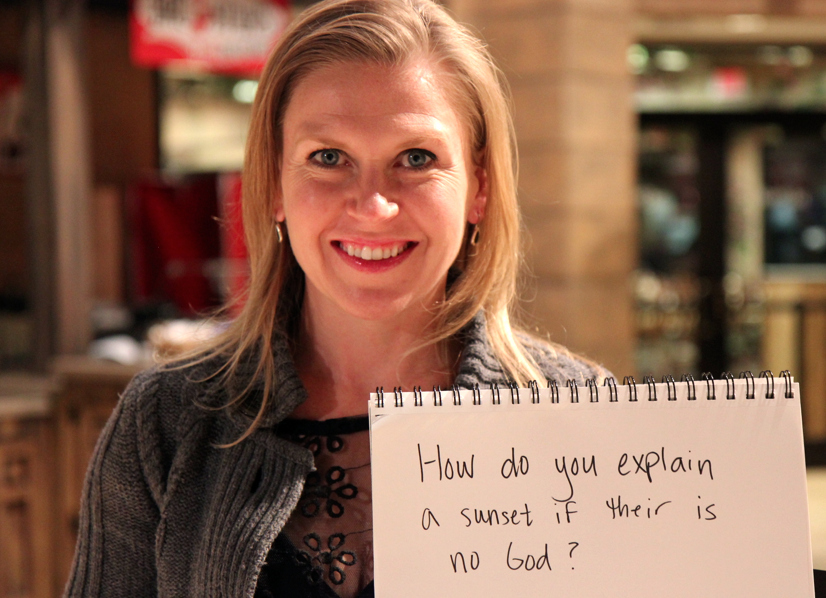 The same 22 messages/questions/notes translated to common tongue on imgur.com. However, it does warrant a health warning: May contain trace amounts of sarcasm.