Like many others, I’m thoroughly annoyed by and tired of the back and forth adjustments between summer time and winter time every year. And although I know which direction to set my clock (always towards summer, spring forward and fall back, folks), at least half the population don’t know which way to set theirs, there will be arguments and debates, and even as I set my clocks correctly, people who are wrong will insist that I’m doing it wrong. In short I’d much rather see the whole thing go away. The good news is, this may already be set to happen. Bad news is, I may not entirely agree with how it most likely will be done, but the sad news is, apart from a precious few, myself included, hardly anyone will even care if it’s done right. 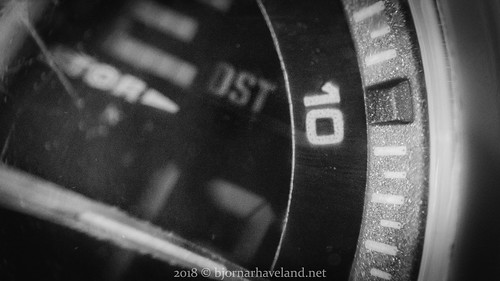 «[European Union] Commission President Jean-Claude Juncker said millions “believe that in future, summer time should be year-round, and that’s what will happen”.»

(Source: BBC. Emphasis by me.)

But wait! It is in fact winter time that is normal time, where midday, twelve noon, is defined as when the sun is at its highest in the sky, midway between sunrise and sunset! If we’re going to pick one or the other for the whole year, surely it would make sense to go with that one?

The day/night cycle is a consequence of the Earth’s rotation, and the hours have been set and numbered to match that. There’s some minor variation over the year due to the Earth’s orbit not being a perfect circle, but not all that much, and it evens out nicely.

By choosing summer time as the new standard, we’re no longer using a reasonably precise property as our definition of when the day begins and ends, but rather an arbitrarily assigned rule with no firm connection to physical reality. “We have decided that midday shall be one hour before the sun is at its highest.”

“Because I’m pretty sure they said after.”

“No, see, it’s summer time, and we used to set our clocks one hour … forward?”

“I never figured that one out.”

“Yeah, me too. Would end up getting to work the next day an hour or two early or late every time.”

“At least now it’s an hour wrong all year ’round. So we’ve swapped one problem for another, which is the same problem we started out with, only the other way around.”

“Yep. Midday is no longer at noon, ever.”

“I’d even go so far as to say noon is no longer at midday. Who decided this anyway?”

“See, that’s the only thing about all this that makes sense.”

“So when will we have lunch?”