There was a Black Lives Matter protest at the Parliament building — Stortinget — in Oslo on June 5th, this Friday last, which I rather unexpectedly found myself participating in. Having come into town for errands, I had no clue beforehand that anything was going on, and got caught up in the crowd on my way back to catch the train home. Normally I’m not very politically involved, but I decided that the least I could do to show my support for the cause was to stick around for a bit, and take a few pictures of the crowds and banners — some of which were rather well made. 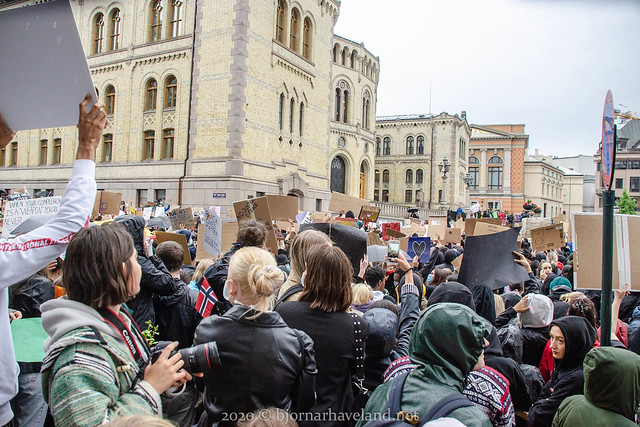 The gathering went further along Karl Johan Street, for about half a kilometre (just under a third of a mile), between the Parliament (left on the map) and just past the National Theatre (upper right), where the parade came marching in from a side street; and the closest you saw to armed forces, at least where I was, were people who, like myself, carried big lens cameras. We’re not big on guns here — even the police, at least for the most part.

Good crowd, big noise; there were much chanting of “We Can’t Breathe”, “No Justice No Peace”, and of course “Black Lives Matter”. I may have chimed in when someone nearby sang Lennon’s “Imagine”, though with all the voices at once it was somewhat hard to tell.

Peaceful, but definitely not quiet. Glad to have been there!‬

Oel Ngati Kameie. I See You. 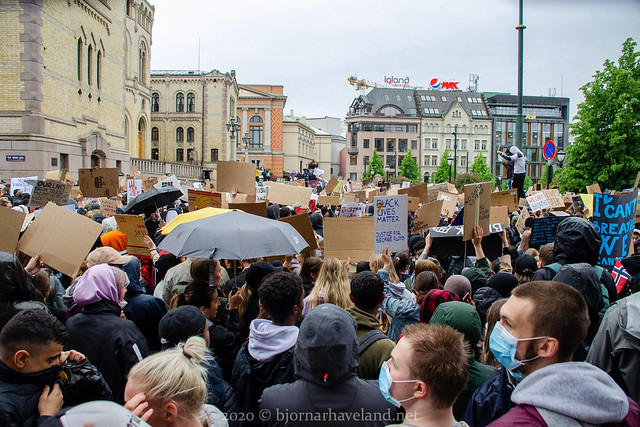 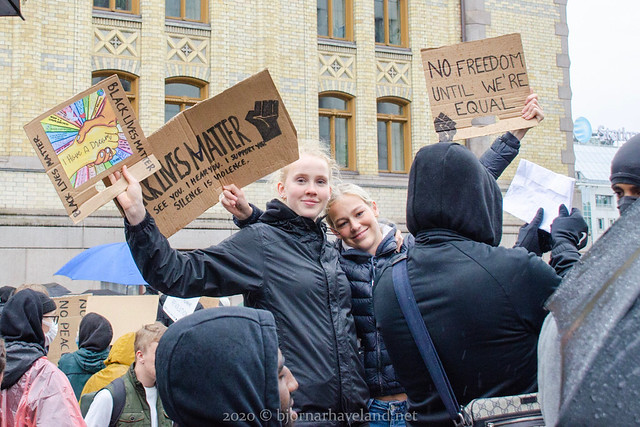 Published with spoken permission from the persons depicted. 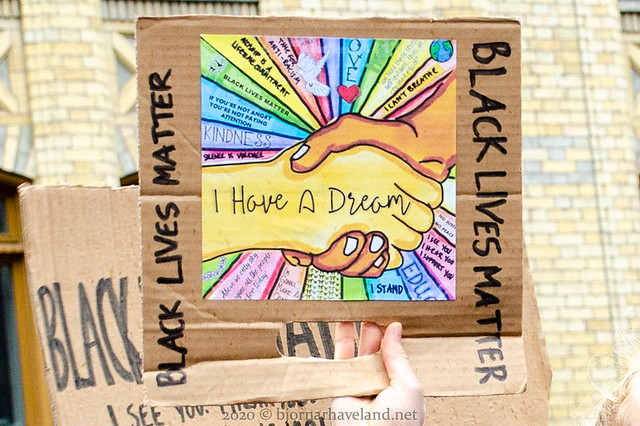 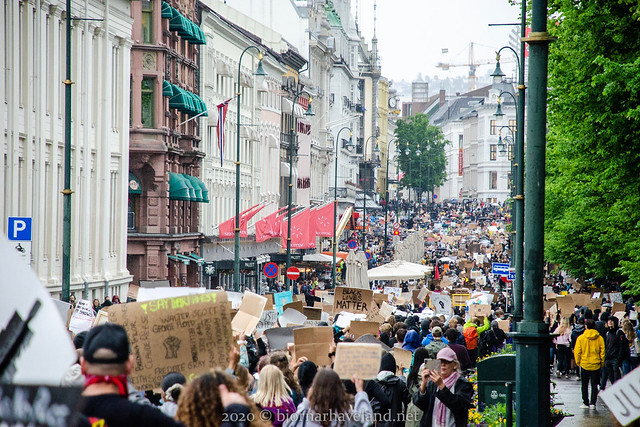 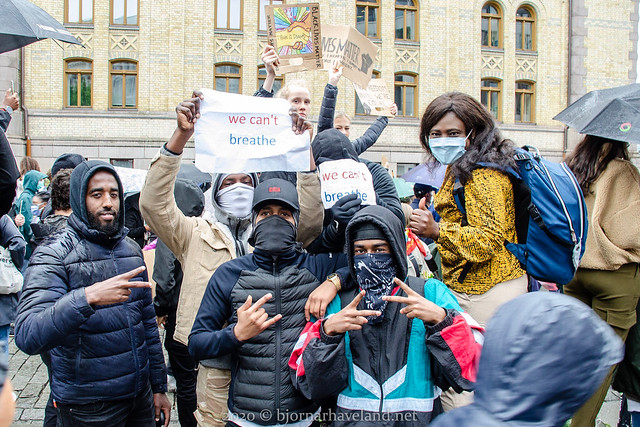 Published with implied permission from the persons depicted; they asked me to take their picture. 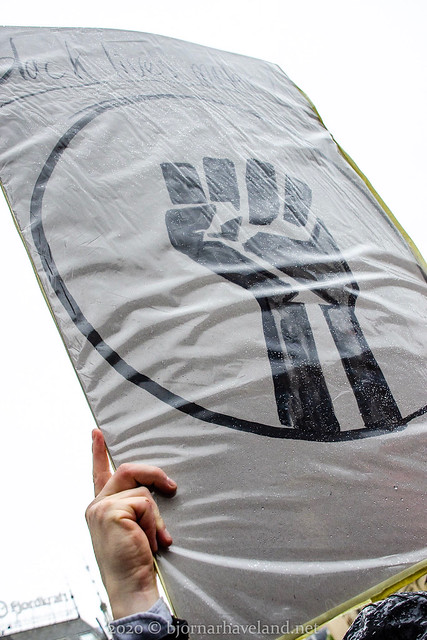 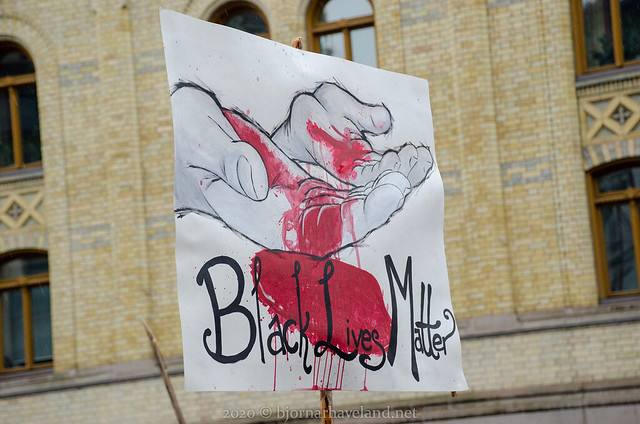 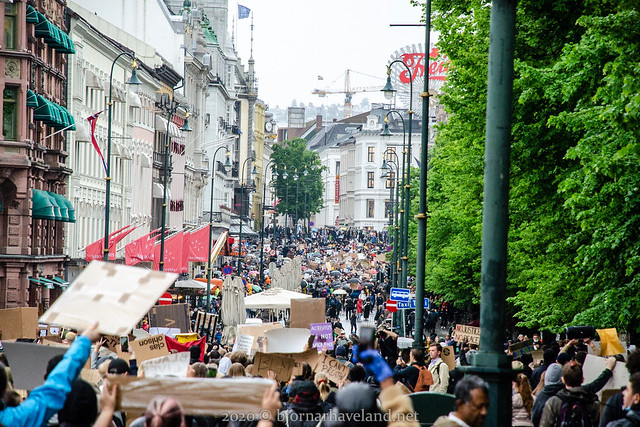 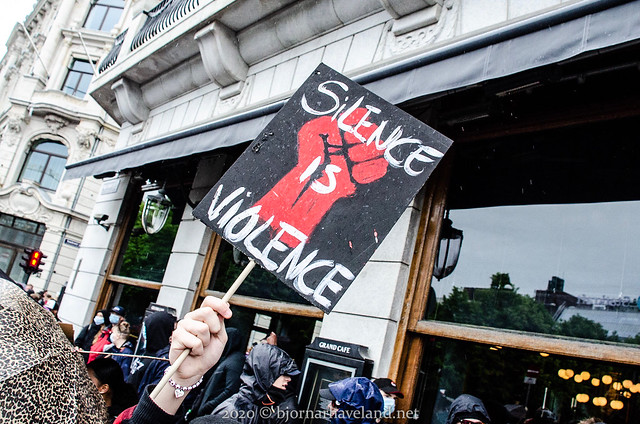 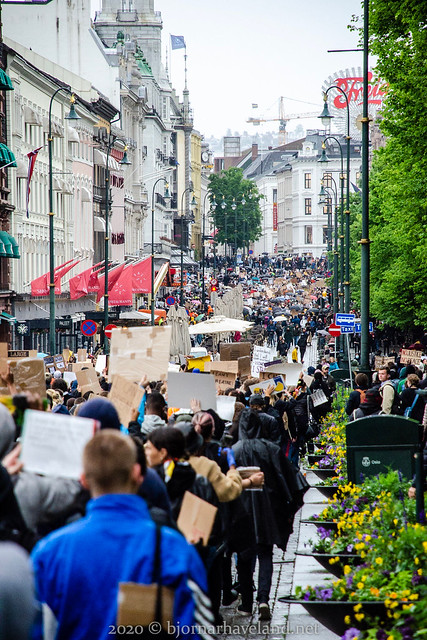 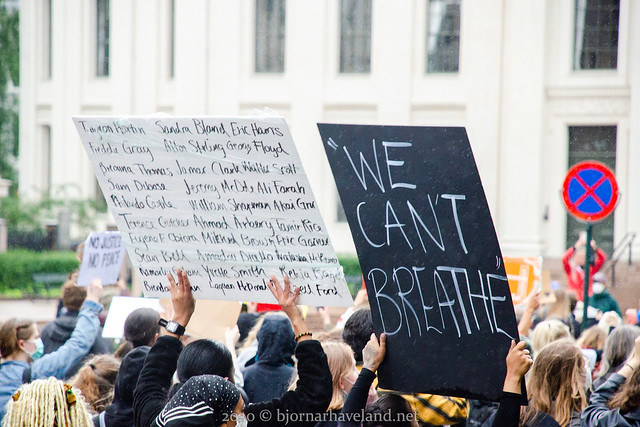 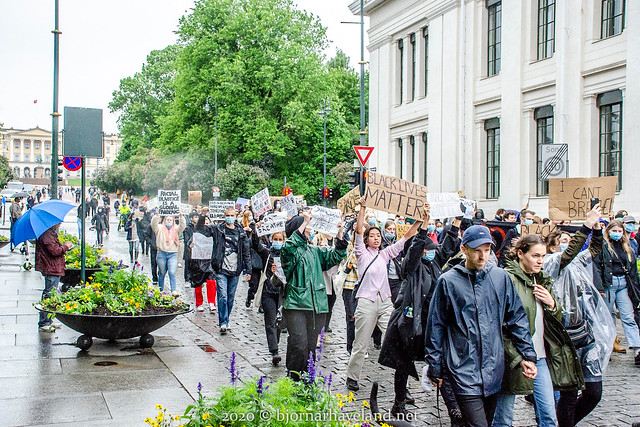