As the most recent instalment in the ongoing series “Look What The Cat Dragged In”, this is a different bird from that which I posted earlier (on Instagram, with video on YouTube). Whereas we did manage to find the home of the previous one (and we hope very much that it’s doing well), this one was introduced a mere two days later, by all accounts unharmed. 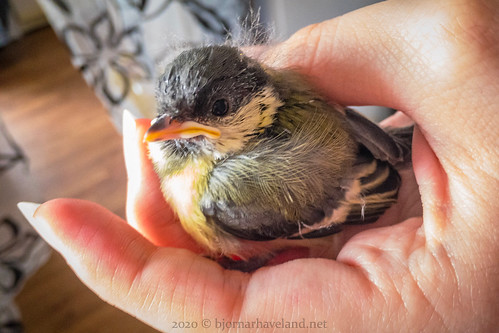 A bird in the hand …

It’s far younger than the first, and when it got here last Saturday it was only partially covered in feathers. We had no luck finding out where it came from, and we couldn’t just leave it to its own bitter fate, so it has been a house guest since, taken well care of by our daughters.

We’ve consulted both the Internet as well as real, live, physical, actual pet stores for advice about feeding and care taking for wee chicklets such as this one, and we’re seeing reassuring progress. In just four days it has grown considerably, feathered up quite fashionably, and looks slightly less as if it had just recently been on the losing end of a fight with a tumble dryer. As far as we can tell it’s doing well, it is awake and alert—except when it’s sleeping, at which time it’s merely alert—has enormous appetite, and appears to have accepted our eldest as its mother¹, which I guess in turn makes me a grandfather 😊 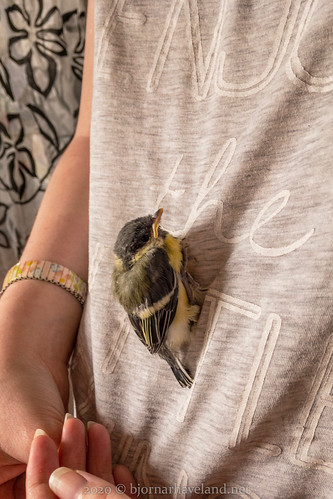 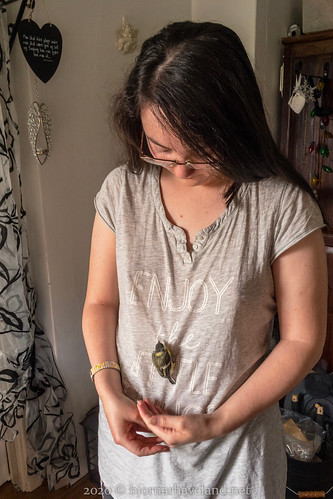 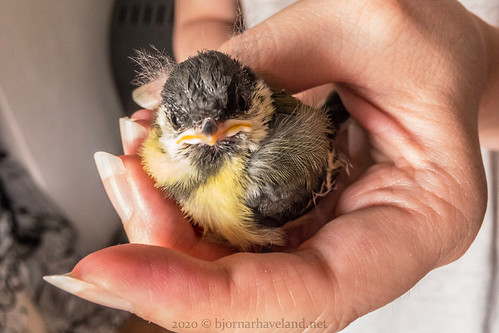 The cat, on the other hand, has gotten a massive upgrade to its bell collar, which oddly enough she seems to have accepted without any fuss. Seriously, if there’s any creature at all which doesn’t have enough of a warning to get out of the way when that bell approaches, or to prepare to fiercely protect its young, then it’s probably almost or completely dead to begin with. We shall be monitoring the front porch for evidence to the contrary with great interest.

¹ for simplicity we shall ignore assumptions about Stockholm syndrome

² if you manage to present decent evidence of a Great Boob (only actual birds qualify) then I shall consider letting those jokes pass. There is in fact such a thing as a Blue-Footed Booby, but it’s not a tit, and because I already mentioned it you can’t use it. Just find your own, all right?