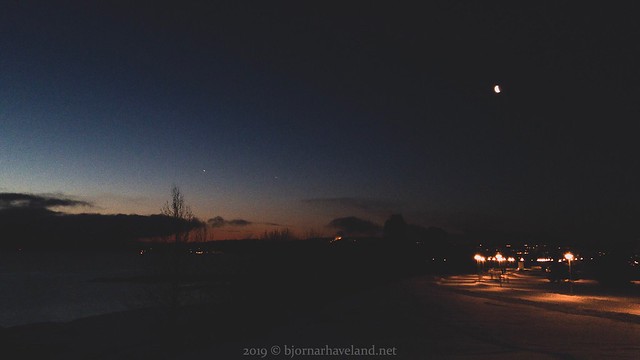 “Why are you so fascinated by those stars? What’s so special about them?”

Venus (bright) and Jupiter (faint) together on the left, second and fifth rock from the Sun, respectively (though use of the word “rock” to describe a gas giant may be considered criminally incorrect); the first one brighter and closer than the other, the other farther and far bigger than the first. Waning crescent moon on the right, you know the one.

Seventhirtyo’clockish on a cold Tuesday morning. My phone went and died on itself from an overdose of negative fifteen degrees (Celsius) after a few shots; it may never forgive me.