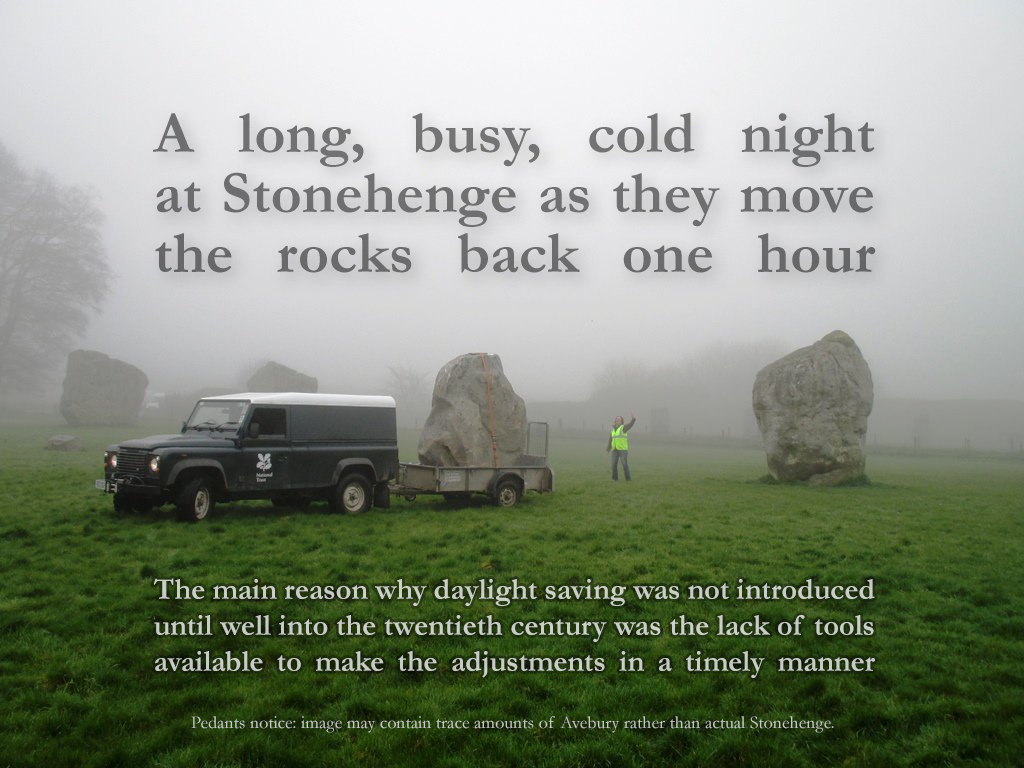 The ancient druids would have been beside themselves with excitement!

Found the original on the webs but in awful condition. Located a better resolution and less mangled original image (still uncredited), reworked the text (top half), added some of my own (bottom half), and, well, in the words of Goldblum, there it is!

Personally I can’t wait to get rid of daylight saving entirely because, though it originally served a purpose (of sorts), today it serves practically none, and it causes far more problems (as well as inconveniences and confusion) than it solves. There has been talk about moving away from daylight saving, but exactly when isn’t entirely clear.

There is however one thing I wish to insist on: Twelve noon is when (on average) the sun is at its highest in the sky.

Many state leaders, including the European Union, have said that they consider sticking with summer time all year round. The problem with this is that it’s winter time that is actually normal time. With summer time the sun will be at its highest at 13:00 (or 1pm for Americans), which is what happens all summer, and which in the name of doing things right, I consider wrong.

So, yes to get rid of daylight saving, and yes to keep twelve noon at the middle of the day. It’s about time! 🙂

One thought on “About time … and time again”